I keep New Years resolutions about as often as I went to class my freshman year of college. For that reason I don’t even bother setting them. I’d rather set goals throughout the year, and course correct as needed. If you know me you know that I moved to Chicago (suburbs) about a year ago so that I could do more comedy, and for other other reasons (see: pizza, and a job promotion). If you know *that* about me you also probably know that I suck at social media.

I just don’t like to put myself out there for some reason, especially on Facebook. As a comedian I spend my nights on stage saying “look at me! See what I can do?!” In the past I haven’t seen any reason to do the same thing online. Let’s be honest, people who do that are ANNOYING. I get that your kid is cute, your lunch was delicious, and several of your “friends” have a Go Fund Me page that you wanna share, but maybe some selective posting would help your cause.

Soooooo a goal that I started at the end of 2016 (so once again it is NOT a New Years resolution) is to be more active on social media. Does this mean that I’ll tweet pics of myself from the toilet and get disturbingly personal on Facebook? Nope (although I do tweet @niceguygaming). It just means that I’ll post content that I create, or find entertaining, and the occasional show that I’ll be in. 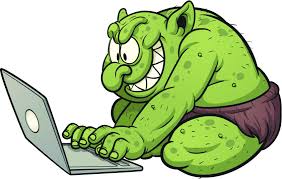 Speaking of being selective, I recently cut back on the number of side projects that I have. For a while I was trying to balance stand up comedy with live streaming video games on Twitch.tv every night! Both areas suffered in quality, plus gaming felt like a job. Imagine that you really like to ski. So someone tells you that you can ski LIVE ON THE INTERNET for strangers, some of whom will become regular viewers/friends. But you’ll also have to deal with people critiquing your skiing ability, and the occasional trolls (which don’t phase me, minor annoyance). You’ll make some money, but you’ll have to spend several hours a night on this so that your viewers/fans/friends get consistency and keep coming back. After a while skiing would seem like a chore rather than a hobby. So I cut back on twitch almost completely, despite having nearly 6,000 followers. Someday when I have more time I’ll get back into it.

I still scratch my video game itch by playing them, and doing a gaming podcast called 2 Nerds In A Pod! with a friend of mine from Utah. If you’re into that kind of thing you can check us out on iTunes here.

So if you’re a fan/friend/random person that stumbled upon this blog post AND made it this far you can SELECTIVELY go check out my other social medias (is that a term?) for great, selective content.